Nearly one in five Americans suffer from pain with exercise and instead of taking a break to heal, they continue exercising and end up doing more damage to their bodies.

According to researchers identifying the source of pain is the first step toward feeling better, and new advancements offer a range of options before surgery is part of the discussion. However, delaying treatment often leads to further damage and a higher likelihood that surgery will be needed to repair it.

“There’s the saying, ‘No pain, no gain.’ But there’s different types of pain that you feel during workouts, and sharp, stabbing pain that’s very uncomfortable is not typically normal,” said George Eldayrie, MD, a sports medicine physician at Orlando Health Jewett Orthopedic Institute. “The pain may be coming from an underlying problem and if you continue to push through it you can make that problem worse.”

Non-surgical options may include physical therapy to stretch and strengthen specific muscles and tendons. It may also involve injections that reduce inflammation and promote healing, such as corticosteroids and platelet-rich plasma, which are delivered precisely to the right area using ultrasound technology.

“Rehabilitation is a powerful tool, but it’s important to see a professional who can really key in on the right diagnosis so a therapist can develop a treatment plan focused to the right area,” saiid Dr. Eldayrie. “Platelet-rich plasma has also been shown to be very effective for chronic tendinopathies, things like tennis elbow or golfer’s elbow. But it typically works better the earlier it is administered, before the injury progresses.”

Jen Jordon, 39, lived with increasing pain in her left knee for years before finally making an appointment with Dr. Eldayrie to address it.

“I would go into a lunge and just feel a sharp pain and then it would just continuously hurt throughout the day,” said Jordon. “It just kept getting a little bit worse and affecting me a little bit more during workouts and while I was on my feet at work, so I decided it was time to go get it checked out.”

Exercise is a daily part of Jordon’s life and something she relies on to maintain her physical and mental health. She put off treatment for fear she would be sidelined for a long period of time, or worse, would be told she needed surgery.

“Surgery is definitely a fear of mine. One of the reasons I work out is to stay healthy and prevent the need for surgery as I get older,” Jordon said. “Part of me didn’t really want to know what was going on because I didn’t want to have to take time off or have a procedure that was going to take weeks or months of recovery.”

Dr. Eldayrie examined Jen’s knee using x-rays and ultrasound to show her in real time where her tendons were strained and where degradation was occurring.

“He was able to just point to the affected area and show me exactly what the issue was on his tablet. It was really informational and empowering to see the problem and learn how to take action to fix it,” Jordan said.

Jen was also relieved to learn that she does not need surgery at this time, and will likely be able to solve her knee pain by adding exercises to better support the affected area. This will not only heal her knee, but also her fear of dealing with injuries.

“I am so glad that I went and had Dr. Eldayrie look at it, and I think it will help me prevent anything worse from happening in the future,” said Jordon. “After suffering for so many years and learning that simple stretching could have prevented the pain for all this time, I will definitely go in as soon as something starts hurting next time.”

While there are a lot of non-surgical options, surgery is often the best course of action for injuries that require repair or reconstruction and will not heal on their own. However, that is not as scary as many patients believe. Advancements in robotic and laparoscopic procedures have made many surgeries less invasive and recovery shorter and easier than ever. 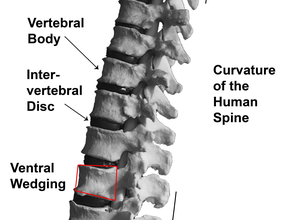